A Tribute To Terry

Rowing was the focus of Terry’s life for decades

A former elite level rower, Terry trained for the 1980 and 1984 Olympic Games.  She founded the Michigan Technological University Rowing Club in 1995 and remained its head coach until her passing.  She was a passionate advocate of indoor rowing as well, in 2007 and 2008 she led residents of her small community to victory in the month-long North American Rowing Challenge, beating out teams from all across the United States.

In 1996 she became a master instructor for Concept2, maker of the world’s leading indoor rowing machine. She focused particularly on applying rowing to adaptive audiences, including seniors, the overweight and obese, and physically and cognitively impaired rowers.

A Role Model for the community...

Terry was a sought-after authority on fitness programming for audiences of all kinds, and in that role has advised numerous schools and other institutions around the country on how to use indoor rowing and other fitness options to improve health, performance in school, employee wellness and more.

Her community work has been recognized with numerous state and local awards and she has served on a variety of health and fitness-related boards, including the Michigan Governor’s Council on Physical Fitness, Health and Sports. 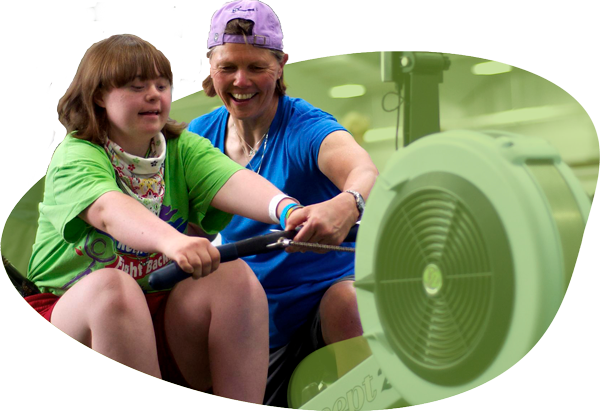