UCanRow2’s mission is to help people of all ages, sizes and abilities create healthier minds and bodies through the rhythm and synchronicity of rowing. The company was founded in 2008 by Terry Smythe, a life-long rower who spent years training at the elite level and now coaches Michigan Technological University’s crew, as well as indoor rowers of all ages and stages as a master trainer for Concept2.  In 2010 she was joined by Sarah Fuhrmann, a 25-year communications and brand management veteran with a passion for indoor rowing.

UCanRow2 was created because Terry wanted to share her love for the sport of rowing with people of all athletic and physical abilities, but particularly those who due to their age, size or physical or cognitive challenges find it difficult to use other kinds of workout equipment or participate in traditional exercise.  UCanRow2 is also passionate about sharing the sport with people who can benefit from its total body workout and the meditative relaxation produced by its rhythmic movement, as well as those pursuing competitive athletic goals at any age.

Headquartered in Michigan’s scenic Upper Peninsula, UCanRow2 brings indoor rowing to people and groups across the United States, using both the latest collaborative technology and the Ergs On Wheels program, which takes rowers to physical locations to introduce novice rowers to the sport.  UCanRow2 also offers on-the-water rowing instruction on a pristine 21-mile canal that runs across the Keweenaw Peninsula, in between the towns of Houghton and Hancock.

UCanRow2 is affiliated with Concept2, maker of the world’s gold-standard indoor rowing machine, which is used by recreational athletes and competitive rowers across the globe who want to work out on the best rowing equipment available. As a certified master trainer with the company, Terry has trained both rowing instructors and individual rowers on the Concept 2 rowing machine since 1980. 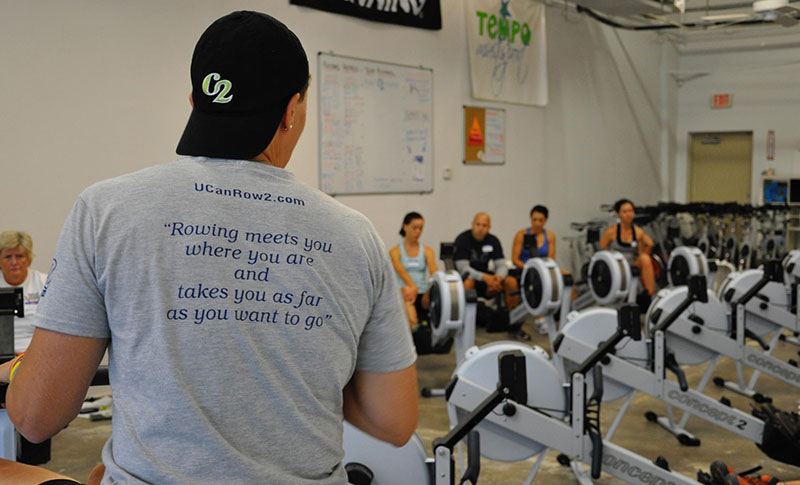 VIRGINIA ROWING CERTIFICATION: Learn to teach rowing - the hottest fitness trend - confidently and credibly, and add Certified Rowing Instructor to your resume! Or are you a rowing lover,… 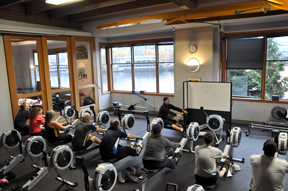 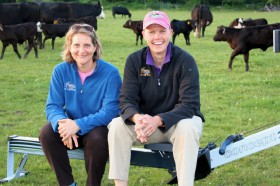 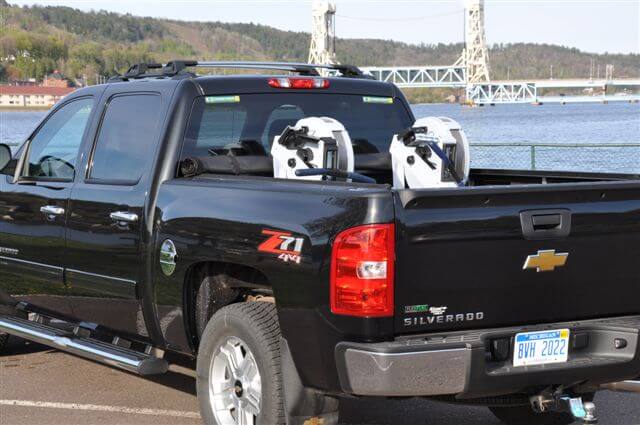 Indoor Rowing: For People of All Ages, Sizes and Abilities

The sport of rowing, whether indoors or on the water, is rightfully acknowledged as being one of the best total body workouts there is.

Highly flexible in its intensity but always low-impact on the body, working out on an indoor rowing machine has become one of the fastest-growing trends in the fitness industry.  Rowing meets you wherever you are in your fitness journey, and will take you as far as you want to go.  UCanRow2 offers indoor rower and SkiErg programs and products that allow people of all ages, sizes and abilities to share in the physical and mental benefits of a workout that is safe, fun and effective.

Why row?  With every stroke you are working every major muscle group, as well as your heart and lungs.  Your upper and lower body, core and joints all benefit from the smooth, full range of motion.  Your mind is engaged and centered as well, and stress is eased as you settle into the rhythm of each stroke. Contact us if you’d like to see what rowing can do for you, your group or facility.